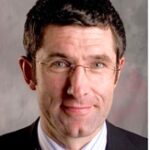 Role in Task and related activities

What the world should know about me

Michael Wild, economist and engineer by education, is active in renewable energies for practically his entire 30 years professional career. He has pioneered Biomass fired district heating systems in Austria and conversion of coal fired systems to biomass in the former socialist countries in Eastern Europe. The first internet based biomass trading platform (ABEX) was started by him in 1999. Until 2010 he led the international biomass trading company EBES creating numerous intercontinental supply chains for many types of biomass. Palm Kernel Shell having been one of the biomasses he pioneered in trading with shipments in 2003. From 2007 he took a leading position in torrefaction technology development forming also a consortium with Andritz AG. Michael is the (re) elected president of the International Biomass Torrefaction Council IBTC. From 2007 till 2018 he was part of Austria’s delegation to IEA Bioenergy task40.

Michael is principal of Wild&Partner, an Austria based consultancy focused on helping bioenergy initiatives to grow and contributes to Singapore based tradersbiomass.com, a trading platform for bioenergy, New Bio Energy, a Tokyo based biomass broker and US based BioCarbonPower, a biocoal producing company. Michael is member of Lee Enterprises Consulting, the Worlds Premier Bioeconomy Consulting Group.